Sew-Inspiration Sunday or rather, what I've been up to this week.

This week I've been a bit flat and a bit sad and a bit procrasinatey(of course it's a word!). Not only have I been trying to get better(with the "help" of two small assistants) but a member of the family passed away. So even though I felt like doing some sort of sewing to take my mind off things, anything colourful seemed wrong and anything with the machine was just too loud. Not that Ella(My Elna) is actually loud, just that the volume in my ears seemed to be turned up all the way.

I have finally managed to finish trimming all the hourglass blocks for the secret squirrel quilt(SS). Which my left elbow is very thankful for. The first hundred weren't too bad but the second hundred took forever.... 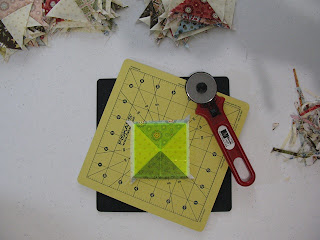 I eventually had a small brainwave and "borrowed" some Invisi-Grip from another ruler for the 3" square I was using.  This meant that I didn't have to use so much pressure to hold it still. I then decided with about 50 left to go, that I really should go and get another rotary cutter as after I dropped mine for the second time the bit that fell off the back was making it really hard to keep the blade protector retracted. I wish I had done that before I even cut the fabric for the Dresden's, 'cause its fantastic! Smooth, sharp, no pressure required and it's not the one pictured above!

I've also been working on the plan/pattern for the Rocketship Quilt for Big Brother(BB). I'm hoping(this doesn't come back to bite me on the...) to finish either for a late November Birthday or Christmas. 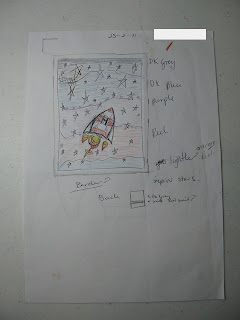 It all started back in February when I asked BB what sort of quilt he would like for his new big boy bed. His answer was "a red one".  Okay, hmmmmm. Not really much to go on there but one morning(hence the coffee stain) he also mentioned a rocket, so I did a quick sketch for him and its grown from there. 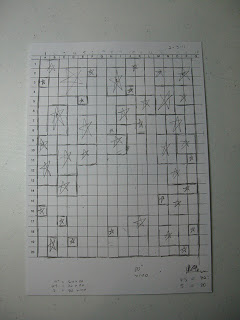 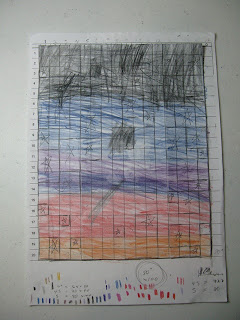 I was initially going to do improvised stars all through the background and I'd made a grid so I could work out the math, then I got BB to colour in the background in the colours he would like.

I did a bit of fabric searching and decided on a range called Twinkle by Yolanda Fundora for Blank Quilting. I ordered all the fabric then the whole thing stalled for a couple of months as I just wasn't happy with it but couldn't figure out why. 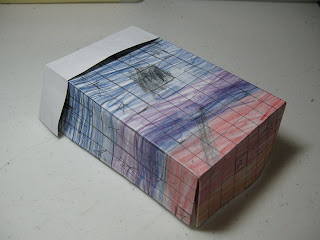 One day I took it out and decided to make it into a mock bed to see if that would help. It made me realise which part would be the best for the rocket. The top. Ha, ha. 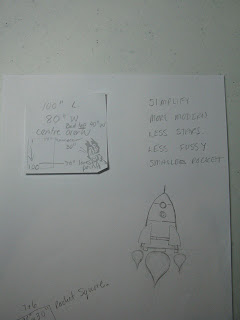 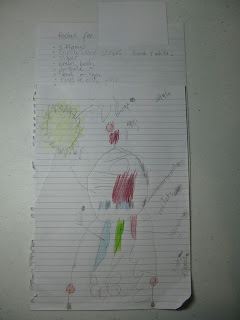 Recently I came up with a new plan to simplify the whole thing.(Well kinda). I got BB to draw a rocket that he would like and we talked about what he'd like it to look like and about the colours. ﻿ 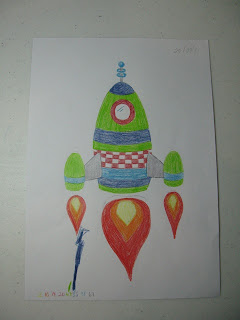 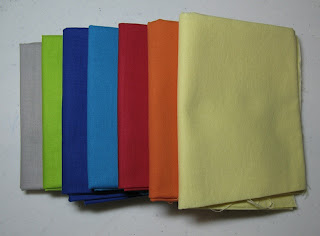 After a family colouring afternoon we came up with the rocket above. (Aside from the blue bit down the bottom left which I think is a building?)  Then we chose some fabric. The light blue is much more green than in these photos, which I now realise are pretty grey looking.  Sorry. 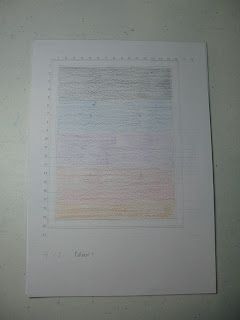 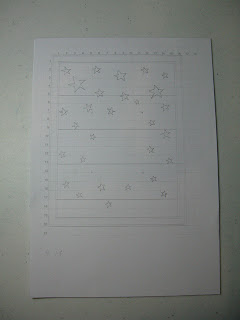 So this week I sat down and simplified the background into pieced strips with appliqued stars, there still looks a lot but there are about 20 less stars than my first idea. 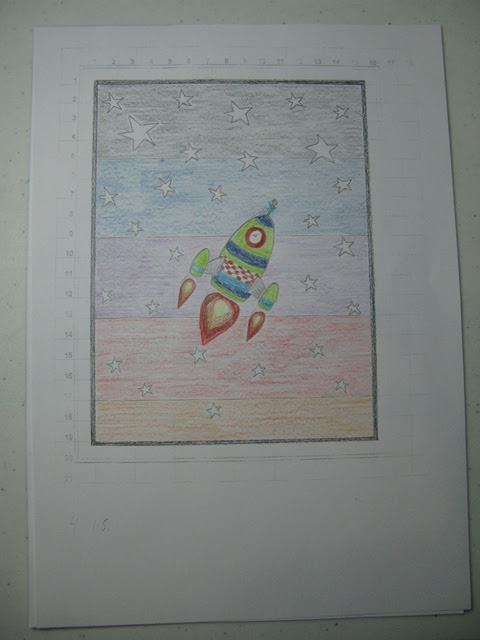 Add the rocket and I hope you get the idea, the finished size will be around 80" x 100", which is pretty big for a single bed but he not only likes to be tightly tucked in, he also likes to bounce on his bed.
Lastly I'd like say I feel so lucky to have 14(!) lovely friends following me and that really does make me feel inspired. Inspired to keep quilting and creating and enjoy sharing with you all.  See, look at that, you've gone and cheered me up.  Thanks :)

Can't wait to see what you've been doing too!
Posted by Hitch and Thread at 1:02 AM

Lucy | Charm About You said...

I love this design and that fabric is amazing!! so perfect :) Hope you and Ella get lots done today
Lucy xx
I'm very sorry for your loss

I'm so sorry for your loss - I hope that you start to feel better soon. Apart from the sad beginning I loved your post (it feels wrong to have the two sentences following on from one another but I couldn't think of another way to do it other than leave two comments!) as I love learning about the process and story behind the quilts people are working on and this is one of the best I've read...love the rocket quilt and can't wait to see the next stage!! (And I love the idea of some family colouring!!)

I know what you mean about using sewing to clear your head. I did that a couple of days ago. I love the rocketship quilt. It's a brilliant design. I can't wait to see how it turns out!

Oh I love the twinkle fabric, it looks so much like the kind of background that would be perfect for outer space. You really are so creative and inspiring yourself and I miss our craft night with gossip! Life gets in the way but lets try to get back on track. So sorry you had a death in the family and I didn't know! Let me know if I can lend an ear. mwah

What a great post! Love hearing how other people work through the design process and how wonderful to include the little one. Looks like it'll be a special quilt! Love the drawing and colors.

Don't know what happened to my last comment??!! This is such a creative idea, I can't wait to see it taking shape. Lots of pics, please!

I love that you're sharing the "process" of how the rocketship quilt is coming together. Awesome. That's one of the things I'm hoping to do on my blog ~ show some of the "in progress" as my projects are developing.